The Free Democrats Party has issued a statement calling for … 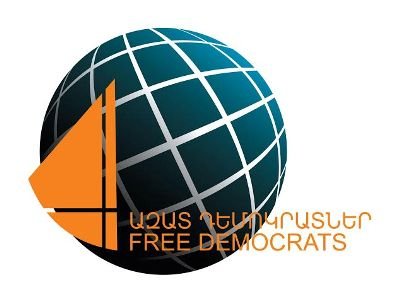 The Free Democrats Party has issued a statement calling for active mutual efforts towards signing the Comprehensive and Enhanced Partnership Agreement between the European Union and Armenia.

Hailing the Union’s move to publish the document, the party also stresses the need of transparency, and accountability to the Armenian citizens to raise their awareness of the reforms and opportunities envisaged under the deal.

The party also expressses hope that the signing of the agreement will pave way for pushing ahead with the visa liberalization plan.

The Free Democrats Party is hopeful there will be no artificial obstacles in the process of signing the Agreement and it will be eventually approved at the Eastern Partnership summit in November, promoting new opportunities and development for the Republic of Armenia and the Armenian citizen.

Reiterating their support to the process, the Free Democrats calls upon the Armenian authorities and the European Union to consistently follow the procedures of signing and the implementation of subsequent commitments.